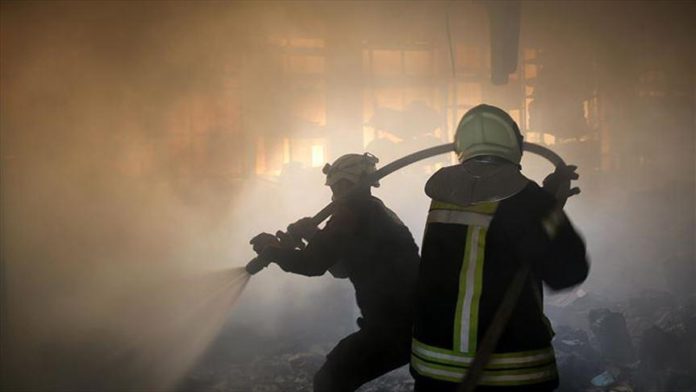 Six seniors in the Spanish region of Valencia were killed after a fire broke out in a nursing home, authorities said Wednesday.

Eighteen people were hospitalized with injuries, primarily smoke inhalation and two are in critical condition.

The fire started close to midnight in the town of Moncada.

It took about an hour for firefighters to extinguish the blaze but thick smoke and flames had already caused widespread damage.

Police said there were 81 people in the building at the time.

“I don’t want to speculate, but everything indicates that the cause was an oxygen machine of some kind short-circuiting,” Valencian Premier Ximo Puig told reporters.

The nursing home was owned by the regional government but operated privately.

It was the second fire to erupt at the nursing home.

In April 2008, seven people in the Valencian center suffered smoke inhalation in a fire that was started by an 87-year-old woman who later committed suicide, according to the El Pais newspaper.

Since 2000, around 70 people have died in dozens of fires that have been registered in nursing homes in Spain.

The deadliest occurred in 2015 when nine people were killed and 12 injured in a fire started by a 64-year-old woman.

In 2017, a court found that the woman intentionally set a mattress on fire to protest being sent to the nursing home. She was sentenced to 61 years in prison.

US center: No fraud evidence in Bolivia's October polls