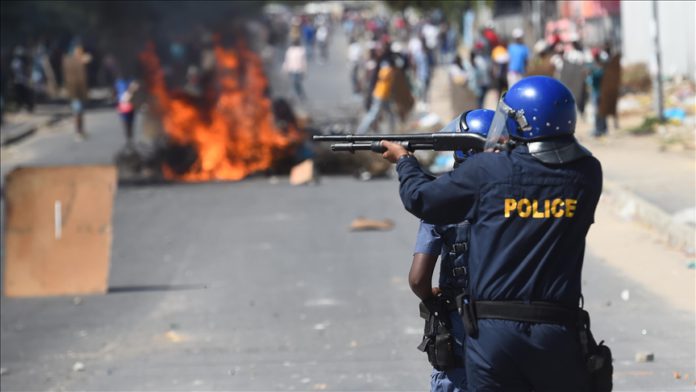 Police in South Africa Monday said at least six people have lost their lives since the start of violent protests against the imprisonment of former President Jacob Zuma.

Police spokesperson Lirandzu Themba said law enforcement agencies have arrested 219 people for the violence – 96 in the Gauteng province, which includes Johannesburg and Pretoria, and 123 in the coastal KwaZulu-Natal province.

Protests and looting which started Thursday in KwaZulu-Natal and spread to Johannesburg on Saturday continued early Monday with major malls and shopping centers being ransacked. The Brookside Mall in Pietermaritzburg in KwaZulu-Natal was set on fire on Monday morning.

Zuma, 79, started serving a prison sentence for contempt of court in KwaZulu-Natal on Wednesday night, and ensuing protests had so far largely been restricted to the coastal province.

Most of the shops targeted in Johannesburg on Saturday were largely run by migrants from countries such as Pakistan, Bangladesh, Ethiopia, and Somalia, but the looting has spread to target major South African-owned stores at malls.

On Monday morning, police officers were seen in running battles with looters in Soweto township and Eldorado, south of Johannesburg. Protesters were seen fleeing with stolen goods, including electronics, food items, and even mattresses. Some protesters were seen hurling stones at the police, who responded with rubber bullets and stun grenades.