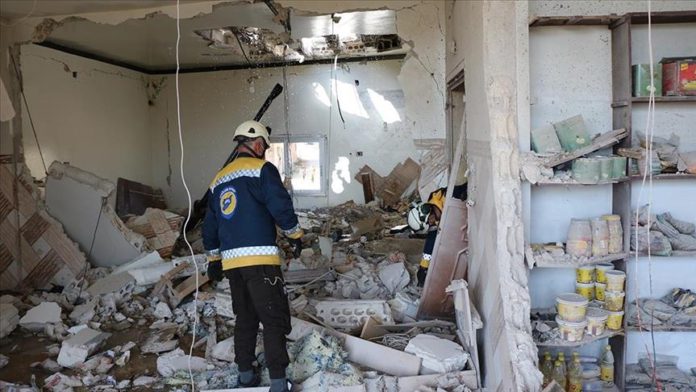 At least six civilians were injured Saturday by Assad regime forces in the de-escalation zone in Idlib in northwestern Syria.

Forces loyal to the regime and foreign terrorists backed by Iran violated a cease-fire deal that was achieved for the de-escalation zone.

They shot ground-to-ground from Maarat al-Numan to Arihah, near the M4 highway.

Two civilians were seriously injured in the attack, The wounded were taken to hospitals in the region.

The Idlib de-escalation zone was forged under an agreement between Turkey and Russia. The area has been the subject of multiple cease-fire understandings, which have been frequently violated by the Assad regime and its allies.