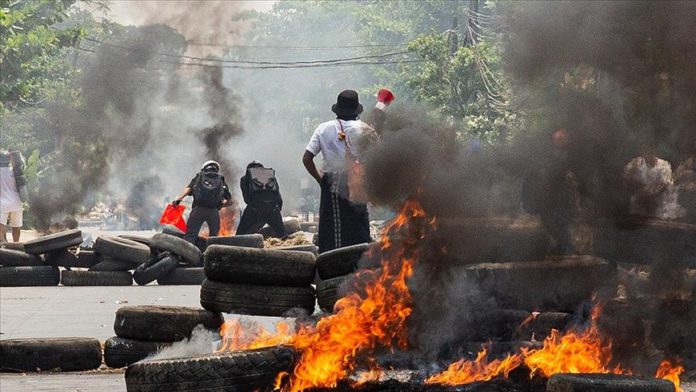 At least 557 people have been killed in a crackdown against pro-democracy protesters since the Feb.1 military takeover in Myanmar, according to the latest figures by a rights watchdog.

In a daily briefing report on Saturday, the Assistance Association for Political Prisoners said 2,658 people are currently under detention, while at least 235 others have been issued arrest warrants.

Protesters have filled streets in Myanmar for over two months against the coup, and detention of Aung San Suu Kyi, the erstwhile state counselor, and other leaders of her National League for Democracy party, which won a landslide victory in the Nov. 2020 elections.

The response by security forces has been brutal with civilians being shot, beatings, detentions as well as nighttime raids.

In the biggest city of Yangon on Sunday, a group of protesters organized an ‘Easter Egg Strike’. Marching through the streets, protesters chanted slogans and handed out eggs bearing the messages of protest.

Demonstrations also continued in cities including Magway, Mandalay, and Bago.

US: Trump raises over $240M in September for election