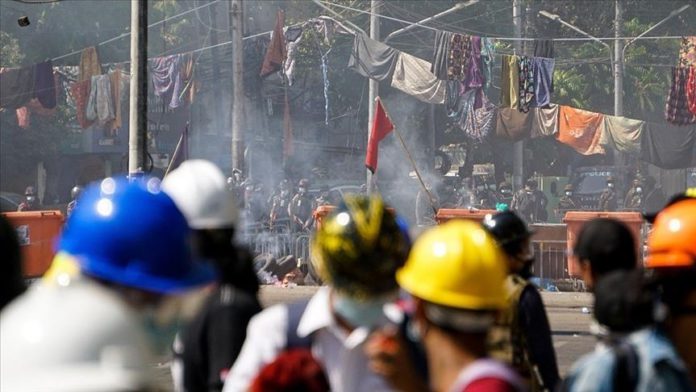 At least 536 people have been killed in the crackdown against pro-democracy protesters since the Feb.1 military takeover in Myanmar, according to the latest figures by a rights watchdog on Thursday.

“There was gunfire last night and two men were reportedly shot dead by junta forces when military vehicles were blocked on the road leading to Kalay town from Gantgaw township, Magwe Region,” said the Thailand-based Assistance Association for Political Prisoners.

The group said that a coalition of ethnic armed groups has made statements against the coup, which led to clashes in regions including Kachin and Kayin States.

“Residents have been forced to flee from their homes and some were injured and even killed,” it said.

Meanwhile, the UN envoy on Myanmar has asked the Security Council to intervene in the escalating crisis, warning of the risk of civil war and an imminent “bloodbath” as the junta suppresses the demonstrations.

Protesters have filled streets in Myanmar for nearly two months against the military takeover, and detention of Aung San Suu Kyi, the erstwhile state counselor, and other leaders of her National League for Democracy party, which won a landslide victory in the Nov. 2020 elections.

The response by security forces has seen brutal with civilians being shot, beatings, detentions as well as nighttime raids.