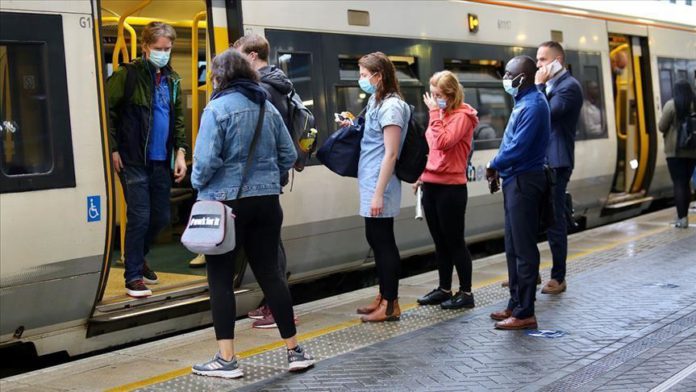 Britain could see 50,000 coronavirus cases a day by mid-October if swift action is not taken, said a stark warning by the UK’s Chief Medical Officer Professor Chris Whitty and Chief Scientific Officer Sir Patrick Vallance at a coronavirus briefing on Monday.

The briefing was unique in that it was the first time the duo has appeared without the presence of a politician. The message they delivered was clear and tough. They did not take questions from the media.

Vallance said: “At the moment we think the epidemic is doubling roughly every seven days.”

“If that continued, you would end up with something like 50,000 cases in the middle of October per day,” he added.

“The challenge therefore is to make sure the doubling time does not stay at seven days,” he said. “That requires speed, it requires action, and it requires enough in order to be able to bring that down.”

“And you can quickly move from really quite small numbers to really very large numbers because of that exponential process,” he said. “We have, in a bad sense literally turned a corner, although only relatively recently.”

“Now what we’re seeing is a rate of increase across the great majority of the country. It is going at different rates but it is now increasing,” Whitty added.

“And what we’ve found is, as we go through in time, anywhere that was falling is now moving over to beginning to rise and then the rate of rise continues in an upwards direction. So, this is not someone else’s problem, this is all of our problem.”

Today, Johnson spoke with the leaders of devolved administrations in Scotland, Wales, and Northern Ireland. The devolved leaders have complained in recent weeks that they have not had enough contact and coordination with 10 Downing Street.