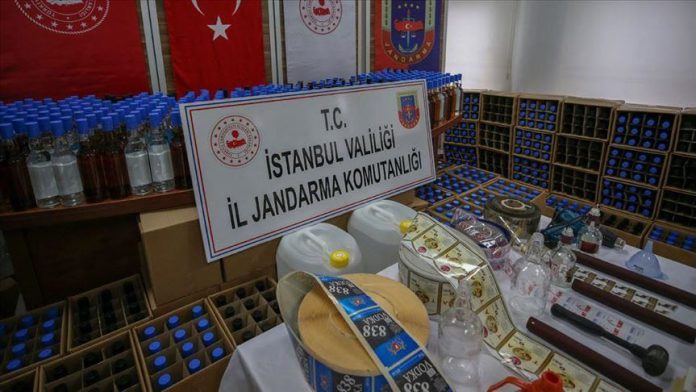 A total of 5,000 liters (1,320 gallons) of counterfeit alcohol were seized in Istanbul on Thursday, according to a security source.

Teams of the provincial gendarmerie command conducted simultaneous operations at addresses in Fatih, Silivri, Gaziosmanpasa and Sisli districts of the province, said a security source on condition of anonymity.

Five suspects were arrested in the operation.