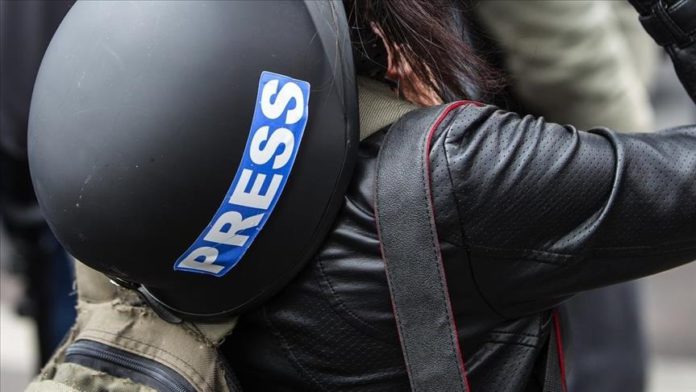 At least 50 journalists were reported killed in 2020, more than one-third in the countries considered “at peace”, according to Paris-based Reporters Without Borders (RSF) — an international NGO that safeguards the right to freedom of information.

“While the number of journalists killed in countries at war continues to fall, more get murdered in countries, not at war,” said the RSF in a statement.

“Of all the journalists killed in 2020, 84% were knowingly targeted and deliberately murdered, as compared to 63% in 2019. Some were murdered particularly in a barbaric manner,” the statement added.

The number of women journalists arbitrarily detained this year increased by 35%. And 14 journalists who “were arrested in connection with their coverage of the pandemic are still being held.

“Some may think that journalists are just the victims of the risks of their profession, but journalists are increasingly getting targeted when they investigate or cover sensitive subjects. What is being attacked is the right to be informed, which is everyone’s right,” said Christophe Deloire, RSF secretary-general.

According to RSF, as many as 937 journalists have lost lives over the past decade.

Terrorist YPG/PKK supplies oil to Assad regime, in violation of US...