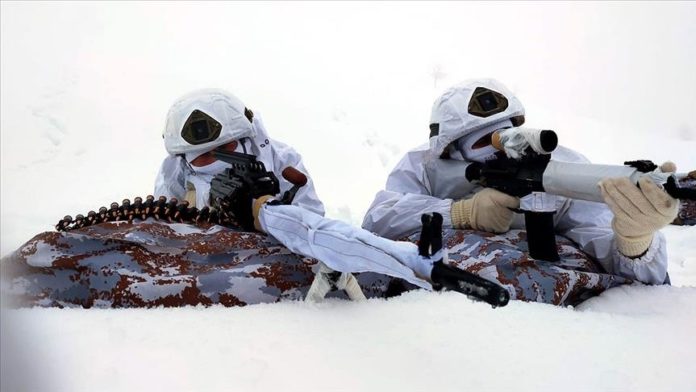 “We are proud of you,” he said, adding that the operation was held in the Bagok region of Mardin city.

He did not specify the terrorists’ affiliation, but the PKK terror group has been active in eastern and southeastern Turkey.

Operation Eren, named after Eren Bulbul, a 15-year-old martyred by the terrorist PKK on Aug. 11, 2017, commenced in January, and aims at eliminating terrorism from the country completely.

In its more than 35-year terror campaign against Turkey, the PKK – listed as a terrorist organization by Turkey, the US, and the EU – has been responsible for the deaths of over 40,000 people, including women, children, and infants.

'Works carried out to determine damage after Elazig earthquake'