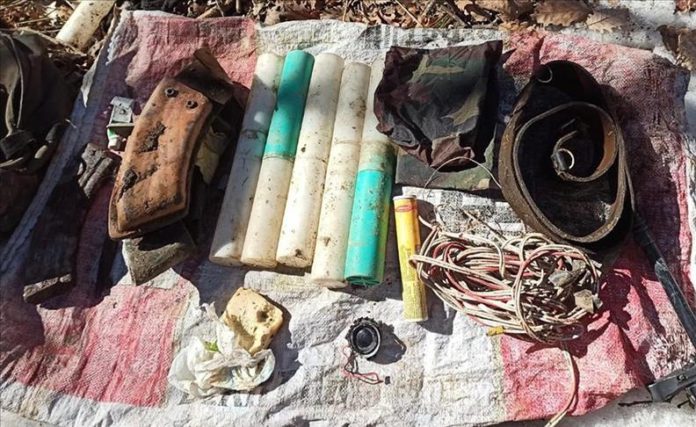 The provincial gendarmerie command launched an operation against terrorists in a rural area of Hozat in the eastern Tunceli province, the governor’s office said in a statement.

In the operation, security forces destroyed five shelters and seized a large cache of survival supplies in shelters.

Operations are ongoing to neutralize remaining terrorist elements in the region.

Although the statement mentioned no specific terror group, Turkish forces have been carrying out operations against the PKK terrorist organization in the region.

In its more than 35-year terror campaign against Turkey, the PKK – listed as a terrorist organization by Turkey, the US, and the EU – has been responsible for the deaths of 40,000 people including women, children and infants.​​​​​​​

Olympics should be held without spectators: Japanese health officials

Palestine laments ‘inaction’ to Israeli violations in letters to UN