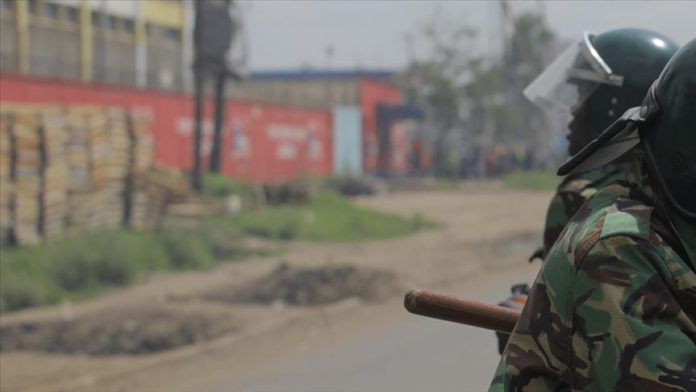 Authorities in Kenya recovered the bodies of five police officers Friday who were killed in flash floods.

The officers were heading Thursday to their camp at Chemoe located in Baringo on the floor of the Rift Valley.

“The wreckage of the vehicle was 200 metres from where the floods hit,” Rift Valley Police Commander Marcus Ochola told local media. “They were so close from crossing to the other side when the flash floods struck.”

Seven of 12 officers were swept away by the floods while trying to cross a hilly region.

The remaining five were hospitalized at Kabarnet hospital.

The bodies of two officers remain missing and are presumed dead.

Not unlike to many area of Kenya, the Rift Valley region has been experiencing above average rainfall, said Ochola.

Kenya is currently in its long rains season which lasts from March to May.

More than 30 people have been killed by flash floods and landslides in the past month.