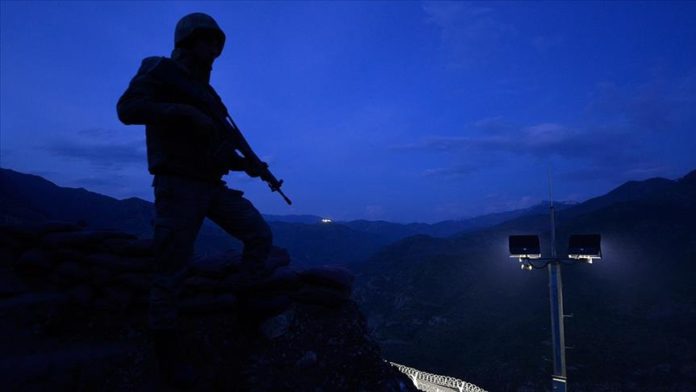 After fleeing from the separatist PKK terror organization, the terrorists were talked into laying down arms by the police and gendarmerie, the ministry said in a statement.

The family of one of the terrorists who surrendered, has been attending a sit-in in Diyarbakir for 520 days to retrieve their son from the clutches of the terror group, said Interior Minister Suleyman Soylu.

The terrorists had been active in Iraq and Syria, the statement added.

With the latest additions, the number of terrorists who have laid down their arms through persuasion efforts this year has reached 21.

The number of surrendered terrorists whose families were attending the sit-in has reached 23, according to the ministry.

The Diyarbakir protest began on Sept. 3, 2019 when three mothers said their children had been forcibly recruited by YPG/PKK terrorists.

The sit-in outside the office of the Peoples’ Democratic Party (HDP), which the government accuses of having links to the YPG/PKK terror group, has been growing every day.