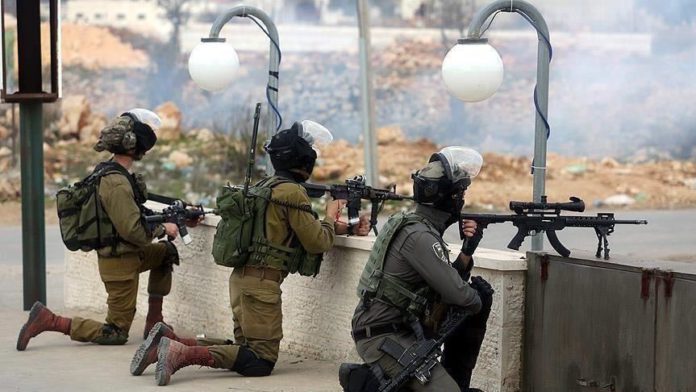 Shtewi said that four protesters, including a photojournalist, were injured with rubber-coated metal bullets, while dozens of protesters suffered from suffocation due to inhaling tear gas.

For his part, a freelance photojournalist who works for Anadolu Agency, Nidal Shtayyeh, was hit with a metal bullet while he was covering the rally of Kafr Qaddum.

In Nilin town, Western Ramallah, the Israeli army used live and metal bullets to break up the marches, with protesters pelting stones at Israeli soldiers.

Meanwhile, dozens of Palestinians who performed Friday prayers in the town of Kafel Haris, in the city of Salfit (north), were threatened with expropriation in favor of the Israeli settlement “Ariel”.

After the prayer, the participants raised Palestinian flags and chanted slogans condemning the settlement.