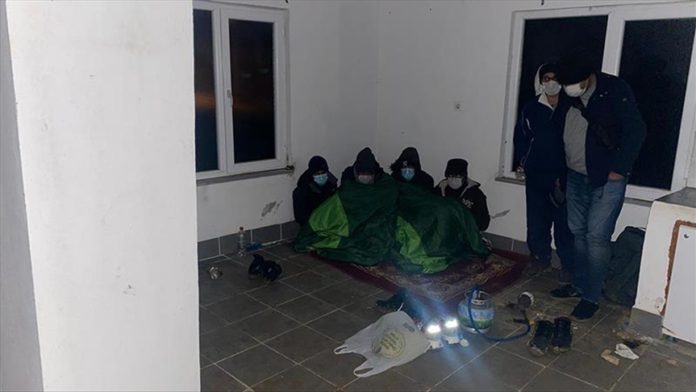 Police teams stopped a minibus at a checkpoint on the Tarsus-Adana-Gaziantep Highway and found five Syrian nationals who had entered the country illegally, said the source on the condition of anonymity due to restrictions on speaking to the media.

The migrants were transferred to the provincial migration office after routine procedures.

It was learnt that the irregular migrants had paid $1,000 to human traffickers to reach the country from southeastern Gaziantep and Sanliurfa provinces.

The driver of the minibus was also detained, the source added.

Turkey has been a key transit point for asylum seekers who want to cross into Europe to start new lives, especially those fleeing war and persecution. It hosts nearly 4 million refugees, including more than 3.6 million Syrians, the most for any country in the world.