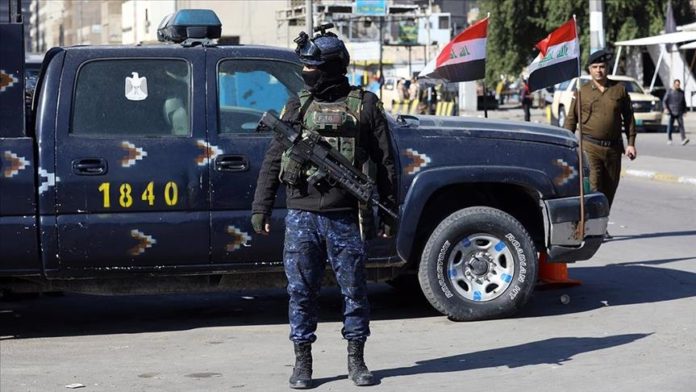 Five policemen were killed on Friday when an improvised explosive device struck their vehicle in Kirkuk province of northern Iraq.

The Federal Police were on a routine patrol when their vehicle hit the explosive device planted by Daesh/ISIS terrorists in Wadi al-Shai in Daquq district, a police officer told Anadolu Agency on condition of anonymity as he is not authorized to speak to the media.

After the blast, the police and soldiers cordoned off the entire area and began a large-scale combing operation.

So far, no group has claimed responsibility for the attack.

Daesh/ISIS terrorists have escalated their attacks in recent months, particularly in the area between Kirkuk, Salahuddin and Diyala, known as the Triangle of Death.

In 2017, Iraq declared victory over Daesh/ISIS by reclaiming all territories the terrorist group had controlled since the 2014 summer which was estimated to be about a third of the country’s territory.