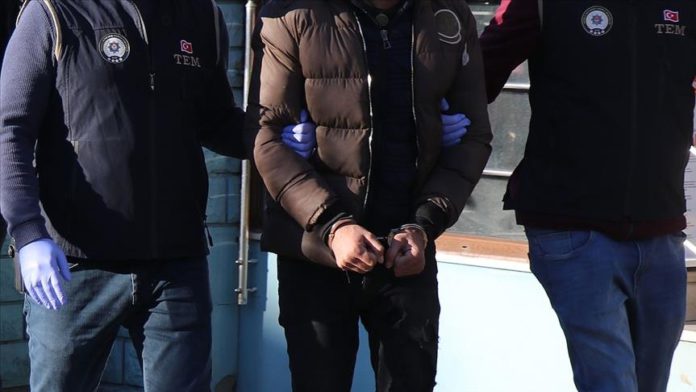 Anti-terror teams had launched an operation to nab seven suspects said to be active in local illegal acts by the terrorist DHKP-C and MLKP, said the sources, who asked not to be named due to restrictions on speaking to the media.

A large number of organizational documents and digital materials were seized in searches of the addresses.

A search is underway to catch the remaining suspects.

The DHKP-C is responsible for a number of terrorist attacks in Turkey, including a 2013 attack on the US Embassy in the capital Ankara in which a Turkish security guard was martyred.

The terrorist group is responsible for many attacks in Turkey and northern Syria, including the bombing of a public bus in 2004 in Istanbul that killed three civilians.