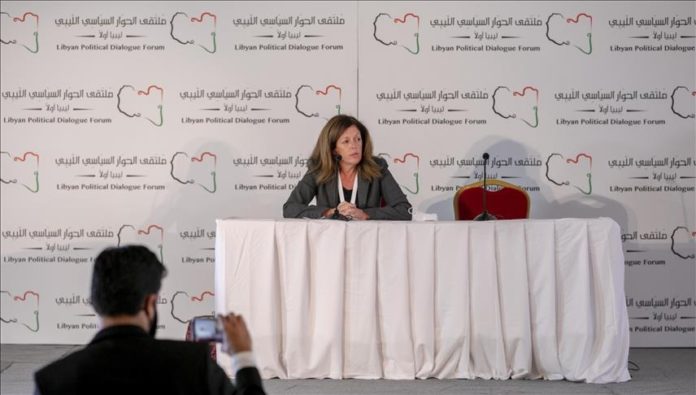 The fourth round of the UN-brokered Libyan Political Dialogue Forum began Tuesday in Libya between representatives of the internationally recognized government and warlord Khalifa Haftar.

The session began via closed-circuit television-link, with discussions on “more than eight proposals” submitted regarding the selection of the prime minister and Presidential Council of the North African country long torn by conflict until a permanent truce was signed in October, a member of the dialogue committee told Anadolu Agency on condition of anonymity as he is not authorized to speak to media outlets.

Held by the UN Support Mission in Libya (UNSMIL), the session is taking place via closed-circuit television.

Last Wednesday, the third round of the forum was concluded two days after the end of the second, which was held virtually on various outstanding issues such as the nomination and selection mechanism for major government positions.

The first meeting of the forum was held in Tunisia on Nov. 9-15, during which Libya’s warring sides agreed to hold general elections on Dec. 24, 2021.

Participants at the forum had agreed on the scope, duties, and powers of the Presidential Council, which will be composed of three members, each of whom will represent Libya’s three regions, and that decisions taken by the council must be approved unanimously.

Likewise, an agreement was reached on the powers and duties of the government that will undertake the executive power.

A total of 75 people selected by the UN to represent different regions of Libya attended the forum in the Tunisian capital.