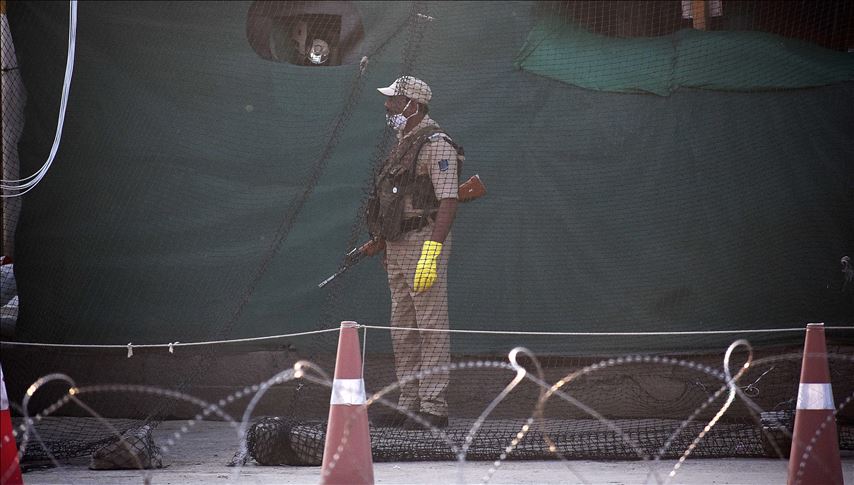 As many as 48 inmates at a jail in Indian-administered Kashmir — most of them political prisoners — have tested positive for the coronavirus as of Tuesday, according to sources.

A key health official in charge of anti-pandemic measures told Anadolu Agency that after a pro-freedom activist was diagnosed with the virus a couple of days ago, all prisoners at Anantnag District Jail were tested for infection.

Most of the positive cases are other pro-freedom prisoners who had come in contact with the activist, he added.

A government spokesman later said on Twitter that 290 people had tested positive in the Kashmir Valley on Wednesday. Their identities were not revealed for fear of stigma. Also, seven more deaths Wednesday took the toll in the restive region to 195.

Among those who tested positive at Anantnag District Jail were a preacher and several people held on charges of providing logistical support to militants, the father of one of the infected prisoners told Anadolu Agency.

On Sunday, the local government announced a fresh lockdown in parts of the capital Srinagar, attributing the measure to a spike in the number of positive cases.

According to the Indian Home Ministry, more than 7,300 Kashmiris were arrested—most of them released later—before and after Aug. 5, when the Indian government scrapped Jammu and Kashmir’s autonomous status. But hundreds are still lodged in jails in Kashmir and elsewhere. In April, human rights organization Amnesty International urged India to set “arbitrarily detained Kashmiri prisoners” free.

Last month, Jammu and Kashmir’s Director General of Prisons VK Singh told the media that every new prisoner is “properly screened” for COVID-19 before being shifted to any jail in the region.

On Aug. 5, 2019, the Indian government revoked Article 370 and other related provisions of its Constitution, scrapping the autonomy of the country’s only Muslim-majority state. It was also split into two federally administered territories.

Simultaneously, it locked the region down, detained thousands of people, imposed restrictions on movement and enforced a communications blackout.