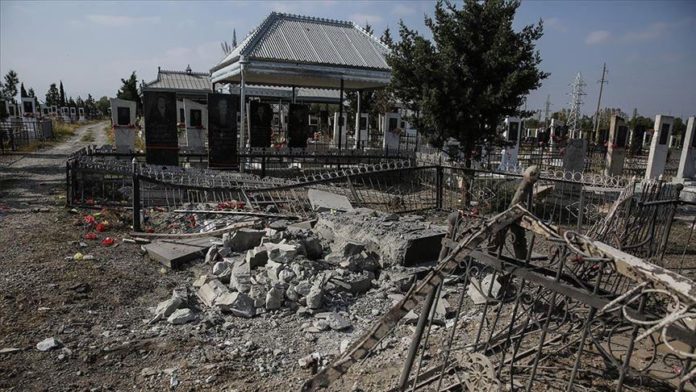 At least 47 Azerbaijani civilians have been killed and 222 more injured in Armenia’s continuing attacks on civilian settlements, Azerbaijani authorities said on Friday.

Some 1,669 houses, 84 apartments, and 301 public buildings have been damaged and become unusable due to Armenian attacks between Sept. 27 and Oct. 16, according to Azerbaijan’s Prosecutor General’s Office.

Clashes between Azerbaijan and Armenia erupted on Sept. 27 and, since then, Armenia has continued attacks on civilians and Azerbaijani forces.

Armenia even launched a missile strike on Azerbaijan’s second-largest city, Ganja – an area far from the front line – on Sunday, killing at least 10 people and injuring 35, including women and children.