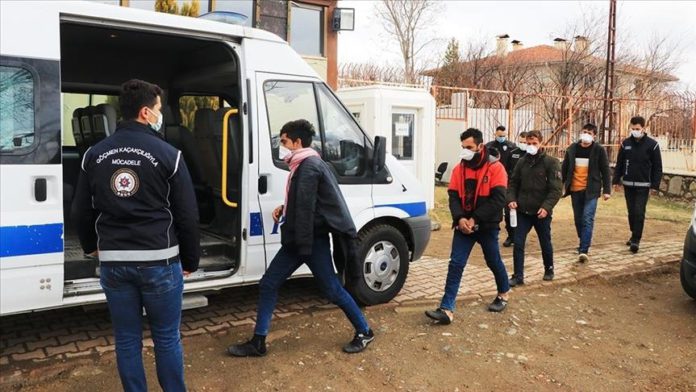 A total of 464 irregular migrants were held across Turkey, according to security sources on Thursday.

The migrants from 24 countries, including 145 from Syria and 135 from Afghanistan, either illegally entered Turkey or their visas expired. Their deportation process is underway.

Separately, 29 irregular migrants were held in the northwestern Kirklareli province.

Provincial gendarmerie teams rounded up 26 Afghans, two Iraqis and a Moroccan national, who claimed they were beaten in Bulgaria and sent to Turkey.

Turkey has been the main route for irregular migrants trying to cross to Europe, especially since 2011 when the Syrian civil war began.