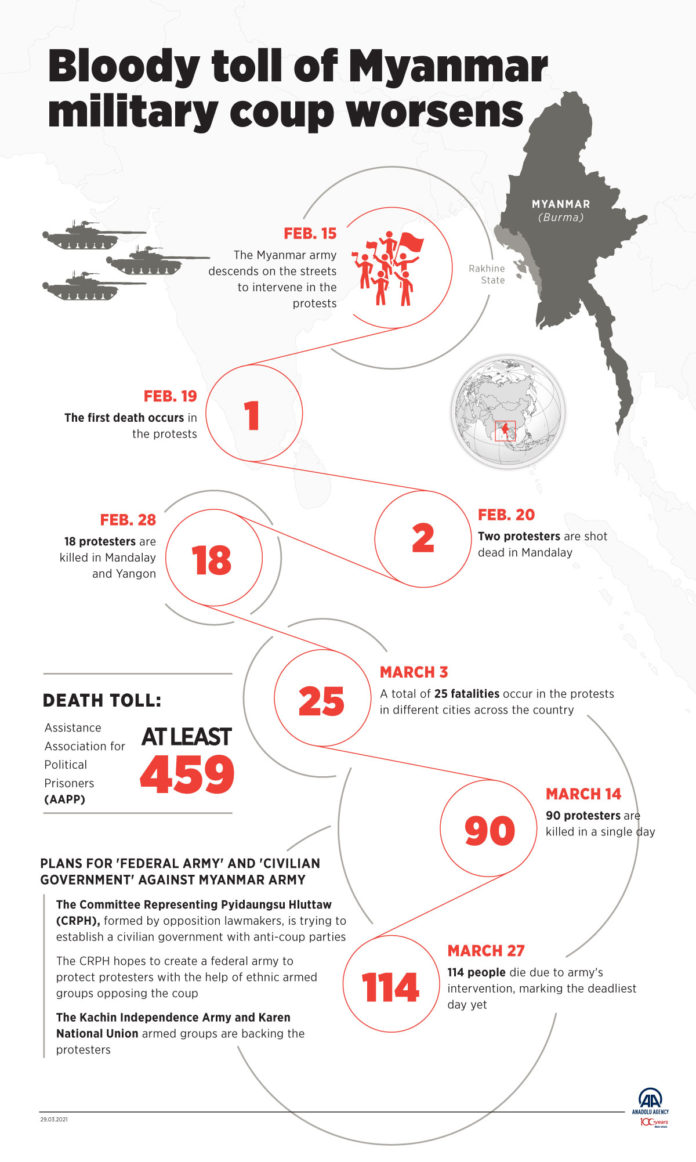 JAKARTA, Indonesia (AA) – As many as 459 people have been killed in Myanmar in a military crackdown against anti-coup protests, said a human rights group on Monday.

According to a report by the Assistance Association for Political Prisoners, the victims include children, teachers as well as youths.

The group said around 60 houses in PyiGyi Dagun township were destroyed by fire on March 27, and residents in nearby neighborhoods were prevented from helping when the junta forces fired at them.

Earlier in the day, a civilian was killed and two others wounded during a protest in the Thaketa area of Yangon, the country’s commercial capital.

Junta forces fired at two journalists with rubber bullets and later detained them as they were covering the attack on anti-military demonstrators in Myitkyina area of Kachin province, locals told Myanmar Now news agency.

Meanwhile, a women’s group late Sunday condemned the escalating violence in Karen state, and called for immediate intervention by the international community.

“Moreover, this attack caused more than 10,000 people to flee and hide in the forest,” it said in a statement. “Many villagers are now hiding in terror in the jungle, and more than 3,000 have crossed to Thailand to take refuge.”

The group stressed that Myanmar soldiers must be held accountable for the crimes they have committed. “The international community cannot wait any longer. They must intervene.”

Women in India at risk of sexual abuse at work: HRW