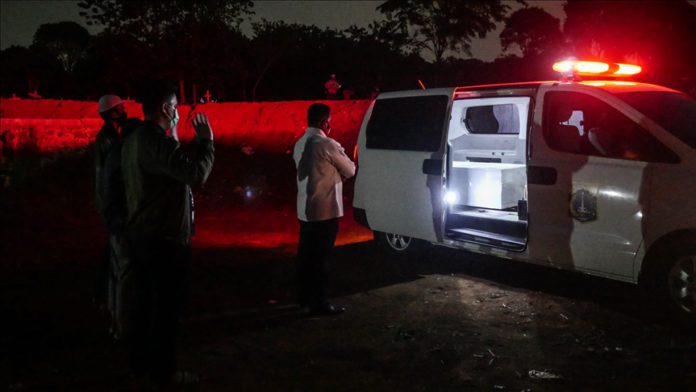 At least 451 COVID-19 patients in Indonesia have died in self-isolation, a civil coalition that provides a platform for citizens reported Monday.

Ahmad Arif, the initiator of the coalition Lapor COVID-19 (Report COVID-19) said at a press conference that the fatalities were recorded in 12 provinces, 160 of which were confirmed in West Java.

Arif noted that the number of patients who died outside health facilities was much higher than recorded data, saying “this is only the tip of the iceberg, since not everything is reported.”

Data from the Center for Indonesia’s Strategic Development Initiatives (CISDI) shows that 446 COVID-19 patients in West Java died while undergoing self-isolation from June 30 to July 6.

Also speaking at the press conference, Diah Saminarsih, the founder of CISDI and senior advisor on Gender and Youth for the director general of the World Health Organization (WHO), said the data was collected directly by health workers at 100 facilities in the West Java region.

– Many patients unable to get beds at hospitals

Saminarsih said the majority of the fatalities in self-isolation occurred due to a sudden drop in oxygen saturation, which often occurs in elderly patients with comorbidities, including hypertension and diabetes.

“They also have difficulty getting treatment because health facilities continue to be full amid the crisis due to the current surge in COVID-19 cases,” she said.

Saminarsih said public health centers throughout villages have no capacity to provide emergency assistance due to the limited number of staff and insufficient medical equipment such as oxygen concentrators.

“This is heartbreaking. Imagine someone who is out of breath unable to access health facilities and can’t be helped and finally dies,” she added.

Report COVID-19 said critical patients had tried to go to hospitals but were refused, as they were fully occupied, forcing them to go home and die.

Meanwhile, according to Arif, some patients in rural areas refused to go to the hospital as they were afraid of testing positive for the coronavirus.

“Not all of them are too late to go to the hospital, but there are also those who don’t want to go, as they are afraid of being diagnosed with COVID-19. This is related to public perception,” he added.

– ‘Number of cases will start to decline next week’

The government has aimed for daily cases of the coronavirus to decrease and be under control starting next week.

Coordinating Minister for Maritime Affairs and Investment Luhut Binsar Panjaitan said public mobility in Java and Bali islands had decreased by 10%-15% due to the stricter restrictions that have been imposed since July 3.

“Our target was 20% [decrease in mobility] or more,” Panjaitan said Monday in a virtual press statement.

He said the government is trying to bring down the daily number of cases to below 30,000.

Panjaitan expressed hope that the decrease in mobility and the community’s discipline in following health protocols would reduce daily infections, adding the problems in handling the surge had begun to be resolved.

Coronavirus infections in Indonesia jumped to new highs over the past few weeks as the more infectious Delta variant drives a surge in the country.

Indonesia has so far reported 2.52 million coronavirus cases, including 66,464 fatalities.