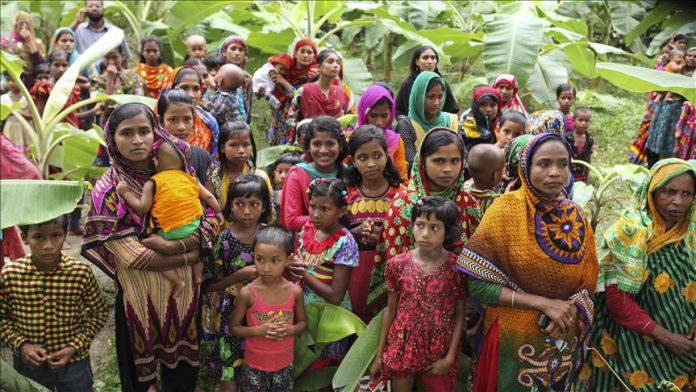 Illegal border crossings from India to Bangladesh have risen in recent months amid ongoing citizenship crisis in India, official data from Dhaka showed on Thursday.

Bangladesh border security forces have detained 455 people for crossing its border with India in the last two months, while the number of illegal intruders were 557 in the first 10 months, according to Maj. Gen. Md Shafeenul Islam, director general of the country’s Border Guards.

Speaking at a news conference, Islam said a total of 1,002 people were detained in 2019, as he termed it as part of routine duty of the border guards.

Among the detainees, 606 were male, 258 women, 135 children and three were human traffickers, all of whom were found to be Bangladeshi nationals following the nationality verification process, Islam noted.

Although he rejected to link the recent rise of illegal border crossings with the incidents across India, at least 445 people entered into Bangladesh from India in November and December last year.

The Indian state of Assam has been facing mass demonstrations since August 2019 when the state authorities published the National Register of Citizenship, a list of legal citizens that excluded 1.9 million people.

The move was seen as a drive to identify and throw out “illegal Bangladeshis” from the state, causing widespread misery, anxiety and desperation among the people in the region.

Since Dec. 4, 2019, the protests spread across the country after the Citizenship Amendment Bill, granting citizenship to six minorities — excluding Muslims — from Bangladesh, Pakistan and Afghanistan, was introduced in the Indian parliament. At least 24 people were killed and more than 150 were injured in the violent protests across the country.

Islam added that the border security forces of both countries held a high level meeting last week, discussing the measures to be taken to improve the security condition across the 4,156-kilometre (2,582-mile) long land border between the two nations. But the citizenship issues were not on the agenda, he noted.

He said both sides also agreed to reduce unexpected killings across the border as 35 people were killed last year, the highest number since 2015.

Read more: 445 cross into Bangladesh from India in past 2 months