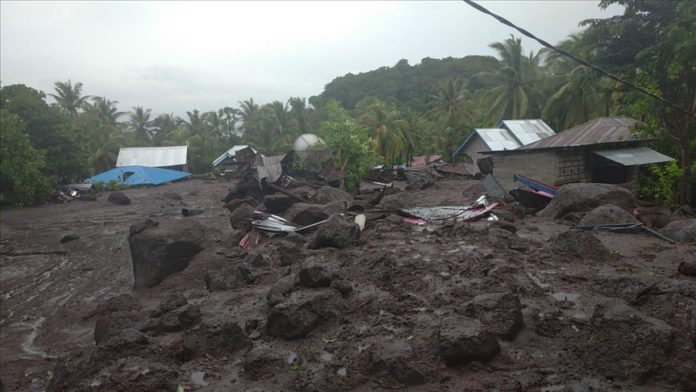 At least 44 people are dead and seven missing after flash floods and landslides swept an island in southern Indonesia on Sunday morning, with the death toll expected to rise, rescue officials said.

Mud rolled down from surrounding hills shortly after midnight and struck nearly 50 houses in the village of Lamenele on Flores Island.

The agency said the floods were due to heavy rains in East Flores over the last several hours.