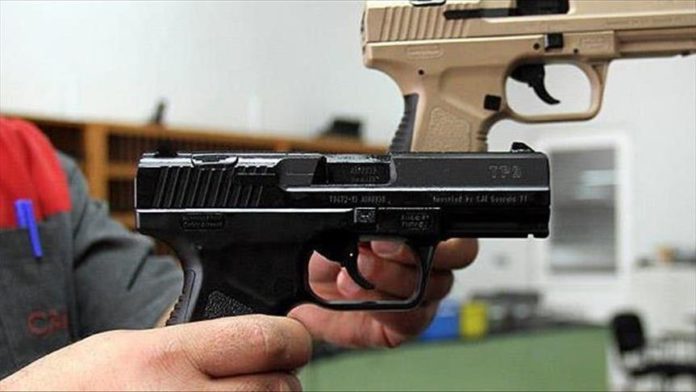 Deaths from gun violence in the US continued on pace last week to reach the highest number of fatalities in two decades.

The Gun Violence Archive (GVA), which tracks every shooting reported to police, says that between Saturday, July 17 and Friday, July 23, there were at least 915 shootings nationwide, a pace of one shooting every 12 minutes. The shootings left 1,007 injured and 430 dead.

Last year, the GVA reported more than 43,000 gun deaths in America, which made 2020 the deadliest year for shooting-related incidents in at least 20 years. So far in 2021, the number of gun deaths is on pace to surpass that: more than 24,000.

The GVA says the violence was widespread. Of the 50 states and the District of Columbia, all but three states saw gun violence.

The state of Illinois, with its chronic gun violence hot-spot of Chicago, led the way last week with 109 shootings.

“This week is indicative of a big, longer-term systemic issue,” said the GVA’s executive director Mark Bryant, “where people are becoming afraid to out to parks.. to malls.. to a baseball game (because) there is going to be a drive-by (shooting).”

Shootings in open, public places by brazen criminals is getting especially bad in Chicago. Over the weekend, five men were shot while standing in a neighborhood yard on the city’s south side.

However, the number of shootings was not quite as eye-popping as in previous weekends in Chicago. Between Friday afternoon and Sunday afternoon, there were 51 injured and 8 killed by gun violence.

Bryant called the overall numbers nationwide an “average week” of shootings in America “and we should be horrified.”

'Turkiye strengthening ties with UAE based on mutual trust and respect'