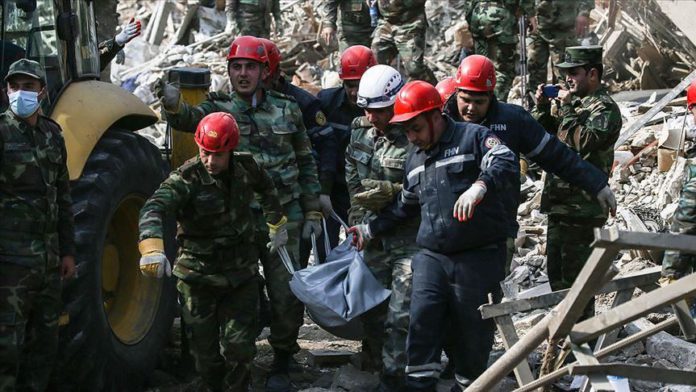 At least 42 civilians in Azerbaijan have lost their lives, while 206 others sustained injuries in Armenian forces’ attacks on civilian settlements, Azerbaijan’s Prosecutor General’s Office said on Tuesday.

In a statement, the office said 479 houses, 66 apartments and 241 public buildings have become unusable due to the attacks carried out by Armenia from Sept. 27 to Oct. 13.

Relations between the two former Soviet republics have been tense since 1991 when the Armenian military occupied Nagorno-Karabakh.

Armenia and Azerbaijan had made a humanitarian cease-fire decision, which envisaged the exchange of funerals and prisoners in Nagorno-Karabakh, effective from 12:00 on October 10, during the meetings held in Moscow.

However, Armenian forces launched a missile strike on Azerbaijan’s second-largest city, Ganja — despite the region being outside the frontline zone — leaving at least 10 people dead and 35 others wounded, including women and children.