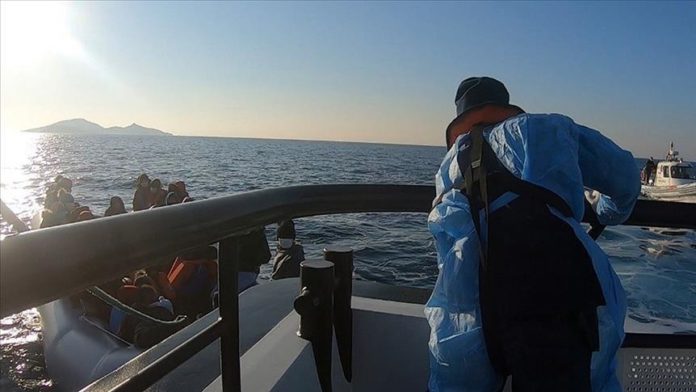 Eight who were rescued off the shores of Marmaris were traveling on lifeboats and reported that they had been pushed back into Turkish territorial waters by the Greek coast guard.

Another group of 34 traveling on a rubber boat that was taking on water were rescued near Karaada island.

They were transferred to the provincial migration office after routine procedures.

Turkey has repeatedly condemned Greece’s illegal practice of pushing back asylum seekers, citing that it violates humanitarian values and international law by endangering the lives of vulnerable migrants, including women and children.

Turkey hosts nearly 4 million refugees, including greater than 3.6 million Syrians, more than any other country in the world.