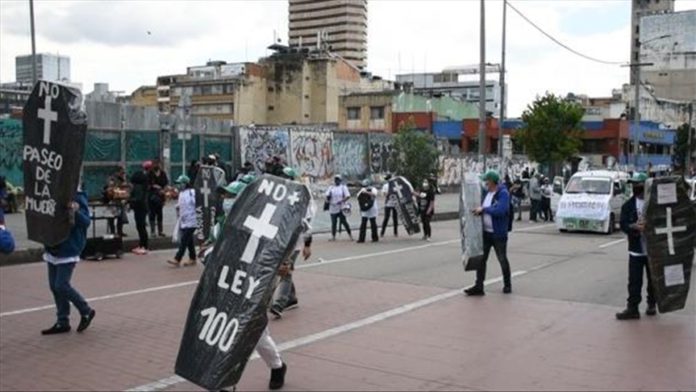 In a 127-page report, the group said the killing has increased since the Revolutionary Armed Forces of Colombia (FARC) demobilized under a 2016 peace deal with the government.

Several armed groups that emerged from the FARC have also breached the deal by “fighting for control of territory, engaging in illegal activities, and using violence against civilians.”

The report noted the UN Office of the High Commissioner for Human Rights’ data showed an increased number of killings each year, from 41 in 2015 to 108 in 2019.

Colombian Human Rights Ombudsperson’s Office, a government body independent of the executive, also confirmed an increase in killings in 2019-2020.

“Colombia has had the highest number of human rights defenders killed of any Latin American country in recent years, but the government’s response has been mostly talk, with little meaningful action,” Jose Miguel Vivanco, Americas director at Human Rights Watch, said in a statement. “The administration of President Ivan Duque frequently condemns the killings, but most of the government systems to address the problem are barely functional or have serious shortcomings.”

Colombia and FARC reached a peace deal in November 2016, ending more than 50 years of conflict between the two sides. Following the demobilization of the leftist rebel group, a political arm of FARC was established.