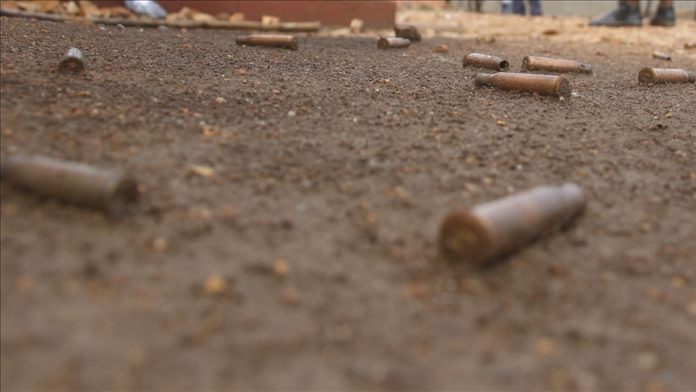 The attackers are believed to be from Al-Qaeda-linked Group for the Support of Islam and Muslims (GSIM), believed to be led by Malian Tuareg leader Iyad Ag Ghaly.

The report said the death toll could be higher because information was scanty based on the remoteness of the area.

One survivor told reporters that bodies were scattered in different places.

“But what is certain, before fleeing the scene, I counted more than 45 dead without those people reported missing,” the survivor said.

The attackers reportedly looted cattle and food before fleeing.

They also looted supply shops before setting them on fire.

The latest attacks took place in the tri-border area near the borders of Burkina Faso and Niger, which has experienced violence since 2013.

The GSIM group is believed to be particularly active in the area and has claimed responsibility for previous attacks on government forces and civilians.

The military seized power in Mali in a coup in 2020, accusing elected leaders of the inability to stem violence.

An official communication on the Tessit violence has yet to be issued.

Mali has been battling an insurgency linked to al-Qaeda and the Daesh/ISIS terror groups since 2012 when unrest erupted in the north of the country.

The violence, which has killed thousands of civilians and troops, has spread to neighboring Niger and Burkina Faso.

On Friday, the military junta demanded that France should withdraw its forces from the country “without delay.”

It came one day after European leaders announced they are withdrawing forces in Mali as part of a counter-terrorism mission, citing obstructions by the Malian transitional authorities.

Niger’s President Mohamed Bazoum warned Friday that his country’s western border area with Mali and Burkina Faso will be even more infested and terror groups will strengthen after the departure of French and European special forces.