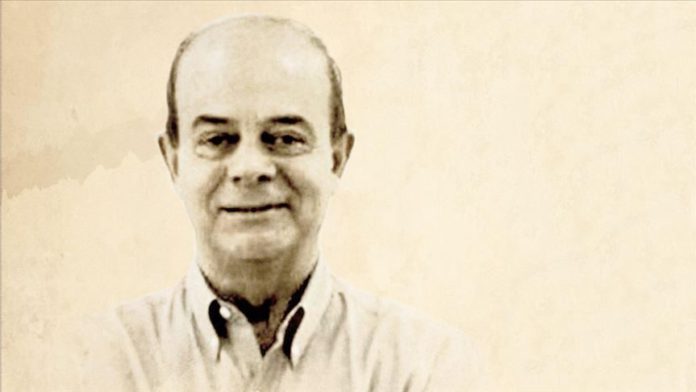 The founder of the Republic of Turkey, Mustafa Kemal Ataturk named him Turkay once the ex-goalkeeper was born on May 15, 1932 in Ankara, the Turkish capital.

But the footballer preferred to use Turgay as his name as Seren’s teachers and friends at Galatasaray High School called him like that.

The legend’s first professional game was against Vefa football club on Oct. 30, 1949 as the Lions beat their opponents 1-0.

Seren was a Galatasaray veteran, spending his entire 18-year-career in the Istanbul powerhouse.

He had 405 appearances for the Lions, including 369 league matches, 18 cup games, and 18 European cups matches each with this club.

Seren was brandished his first and last red card during a derby game against Besiktas in 1962, with the match ending 1-1.

His last official game was against Karsiyaka on June 11, 1967.

Seren bid farewell to football over an exhibition match in July 1967.

Seren played 55 matches against Fenerbahce, having the most time derby appearance.

Even though Seren agreed with River Plate in 1959, he was unable join the Argentine giants as Galatasaray demanded a high transfer fee from the Buenos Aires club.

He played only three friendly matches with River Plate jersey and became the first Turkish national to play football in South America.

But he had to return to Istanbul as Galatasaray did not let him go.

Seren was given a nickname thanks to his great saves in a 1951 friendly match between the Turkish national team and West Germany.

The ex-goalkeeper was called “Berlin Panther” after his excellent performance in this match that Turkey won 2-1 in Germany.

Seren made his debut for Turkey in a friendly game against Iran in 1950. Turkey beat the rival 6-1.

The 1954 FIFA World Cup held in Switzerland was the first World Cup tournament that Turkey played and Seren was the goalkeeper for his nation.

He made 51 appearances for Turkey, including five matches for U-21 team.

Seren started his career as a coach in a Turkish club, Mersin Idmanyurdu in 1968.

He also served for Vefa, Samsunspor and Galatasaray, but his coaching career was not as successful as his player career.

Retiring from football, he became a sports columnist for Turkish newspapers and joined TV programs as a critic.

He married three times to have four children.

He was buried in Istanbul’s Zincirlikuyu Cemetery.

TFF commemorates Turkish football veterans by dedicating every single season to a legend.