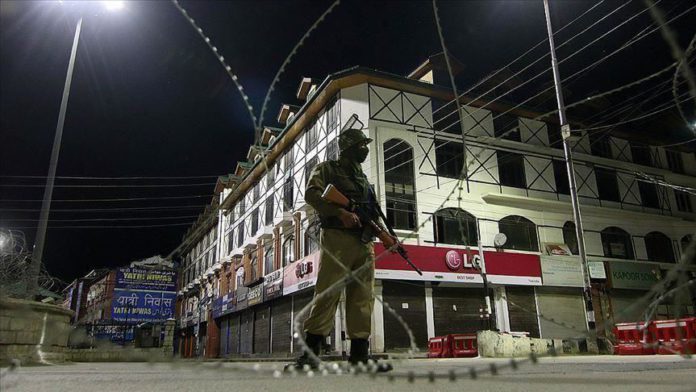 At least four suspected militants were killed in two different gunfights in the Indian-administered Kashmir on Sunday, police said.

Vijay Kumar, the inspector general of police, told reporters three of them were killed in Srinagar. He said parents of one of the suspected militants were taken to the gunfight site to persuade him to give up the fight but in vain.

Kumar said another one, identified as Tayab Waleed, was killed in Kulgam, and claimed he was a Pakistani national and belonged to Jaish-e-Muhammad militant outfit.

He said the deceased was an IED expert.

In the past three days, 13 suspected militants have been killed, with Kumar claiming that the government forces were about to wipe out militancy from southern Kashmir, the hub of a resurgent militancy for the past eight years.

On Friday, Kumar congratulated the government forces in Kashmir for killing 100 suspected militants in the disputed region so far this year.

In an appeal in March, UN Secretary-General Antonio Guterres had urged warring parties across the globe to lay down their arms in support of the fight against the novel coronavirus, but the situation in the Indian-administered Kashmir has worsened with the outbreak.

Satellite-tracked turtle ends up in Tunisia after 300-day journey