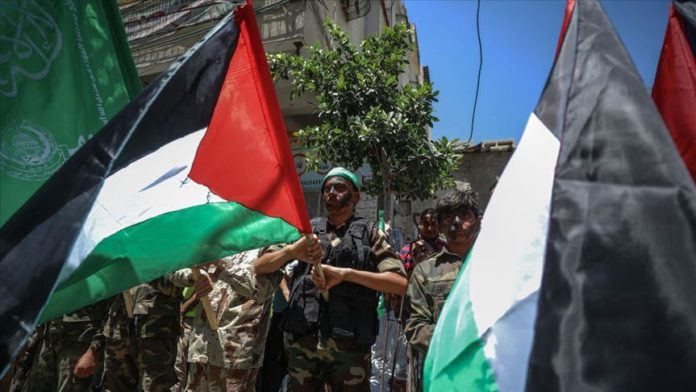 As the annexation is facing outcry from the Palestinians and the international community, Israeli Prime Minister Benjamin Netanyahu is grappling with different scenarios to put his plan into action.

Netanyahu’s rival-turned ally Benny Gantz, the head of the Blue and White coalition, has linked his support for the annexation plan to the US approval, while Washington conditioned its approval on an Israeli agreement between Netanyahu and Gantz.

At the Israeli security and intelligence level, the army and the intelligence circles expect that the annexation plan may trigger violence in the Palestinian territories.

Speaking to Anadolu Agency, Wadee Abu Nassar, a Palestinian expert in Israeli affairs, believes that Netanyahu would seek to apply one of four scenarios to annex the West Bank.

“Netanyahu might cite the Palestinian, Arab and international opposition and lack of an agreement with the US administration on the annexation map as an excuse to postpone the move,” Abu Nassar said.

“In this scenario, [Netanyahu] will bet on time. He will keep the annexation on the table, but without setting a specific date for it,” he said. “Netanyahu, however, might put the annexation into action at any time, most probably before US presidential elections in November.”

Abu Nassar believes that Netanyahu might seek to reach an agreement with the US administration on a phased annexation.

“He might start with annexing the settlement blocs close to Jerusalem such as Ma’ale Adumim and Gush Etzion,” he said.

“This means that he will carry out the annexation step by step and will not annex 30% of the West Bank at once.”

A third scenario for the Israeli premier would be turning a blind eye to international opposition and annexing 30% of the occupied territory under US President Donald Trump’s “deal of the century” plan.

Abu Nassar predicts that Netanyahu “might also surprise many people around the world by moving to annex more than 30% of the West Bank in an attempt to appease the Israeli settlers”.

“The phased annexation scenario is more likely,” Abu Nassar said. “This, however, depends on the continuing pressure from the Arab and European countries to make [Netanyahu] rescind the move.”

Abu Nassar opines that in case of mounting pressures from Arab and European countries, Netanyahu might opt to postpone the annexation.

“He, however, might adopt phased annexation if the pressures were weak,” he said.

According to Abu Nassar, the Europeans are piling pressure on the Israeli premier to postpone the annexation until the US presidential elections.

“This comes as chances of Trump to win a second term in office look dim while his Democrat rival Joe Biden has repeatedly underlined his opposition to the annexation and his support for the two-state solution.”

Abu Nassar said voices are also growing inside Israel to seize on Trump’s presence in the White House to carry out the annexation plan before the US election.

Three days of talks at the White House between US and Israeli officials last week about whether the US would back the Israeli annexation plan have ended without success.