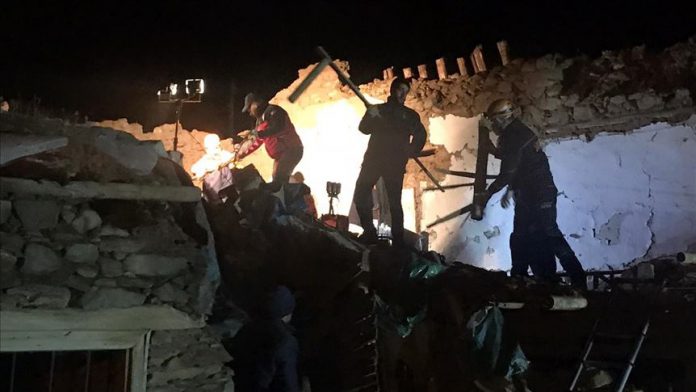 At least four people were rescued by teams in Elazig and Malatya provinces after a powerful earthquake hit the area, local sources told Anadolu Agency.

The Disaster and Emergency Management Presidency (AFAD) and National Medical Rescue Team (UMKE) rescued two people in Elazig and two others in Malatya.

The injured were transferred to hospitals.

At least 18 people were killed and more than 600 injured Friday after a 6.8-magnitude earthquake jolted the region.

Search and rescue operations are searching the rubble for victims.

Turkish Central Bank reserves reach $90.9B in May