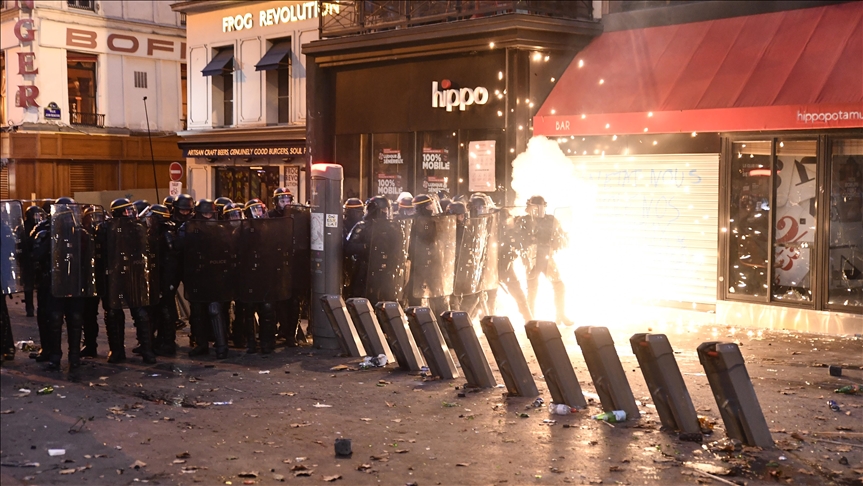 Four French police officers early Monday were indicted over an investigation into the beating of Michel Zecler on Saturday at a music studio in Paris’s 17th arrondissement.

Three of the officers were charged with “willful violence by a person holding public authority” and “forgery”, according to Radio France International, while the other was charged with “intentional violence” for having thrown a teargas canister through a window of the music studio as the officers left the premises.

The incident was captured on closed-circuit television, clearly depicting the three officers pushing their way into the studio and grabbing Zecler, repeatedly punching and kicking him. Zecler reported to fraceinfo that after asking the officers the reason for their actions, they had told him to “shut up” and called him a “dirty nigger” several times.

It was only Zecler’s cries that caused several men in the music studio below to come to his aid, and the officers then to leave quickly.

The blows left Zecler bloody and seriously injured, which he revealed with photos via Twitter later in the evening. The officers were found to have lied on the filed report, saying Zecler accosted them. Three days after the incident, Interior Minister Gerald Darmanin suspended the group.

While two officers will be held in jail, the others were conditionally released.

President Emmanuel Macron has said the images shame the country and has asked for solutions.

The incident is yet another in France that has caused a rise in anger toward the police, for their use of undue force and institutionalized racism that still exists. The attack on Zecler, along with last Monday’s clearing by police of a migrant camp on Paris’s Place de la Republique where several migrants were also unfairly beaten, sparked two nationwide protests last week that brought out tens of thousands.

Saturday’s demonstration in Paris yielded 81 arrests, and 100 police officers were said to be hurt. Award-winning Syrian photographer Ameer al-Halbi was also seriously injured by police, who hit him with batons, causing a broken nose and forehead injury. Al-Halbi has returned home after being treated in a hospital.

Saturday’s demonstration was also called in light of the global security bill adopted by the National Assembly last Tuesday which contains a controversial article that prohibits taking photos of police in the line of duty and disseminating those images in the press. Media professionals and organizations along with human rights groups have decried the bill as a violation of freedom of expression.