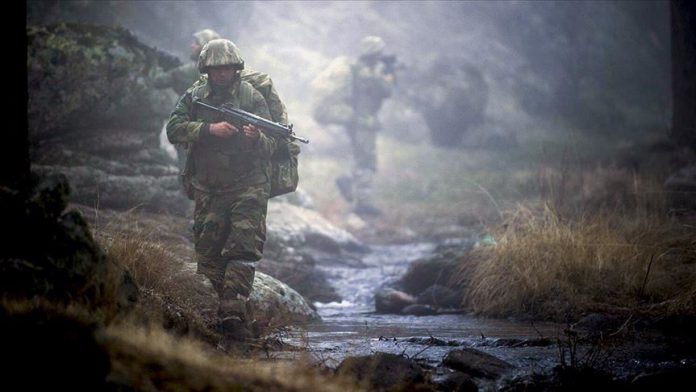 At least four PKK terrorists — fleeing the terrorist organization as a result of effective operations in northern Iraq — have surrendered to Turkish security forces, the National Defense Ministry said on Thursday.

One of the terrorists was in the gray category of the Interior Ministry’s wanted list, the ministry said on Twitter.

The list is divided into five color-coded categories, with red as the most wanted, followed by blue, green, orange and gray.

On May 27, Turkey launched Operation Claw against the PKK in the Hakurk region of northern Iraq, followed by its second and third phases in