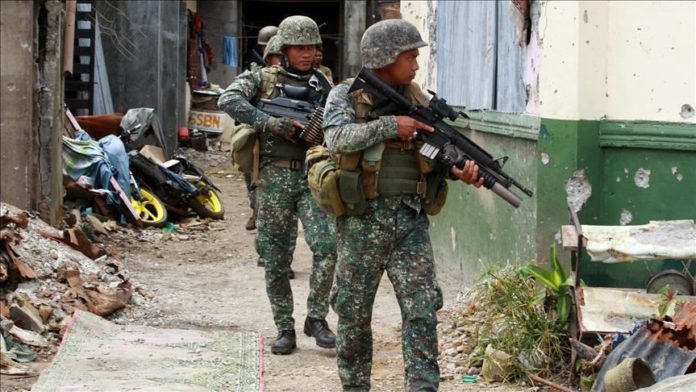 Four Philippine army soldiers including two officers were killed by police in the Sulu province in the Muslim-majority Bangsamoro region, Philippine state-run media said on Tuesday.

The soldiers including a major and a captain were killed during an encounter with police who were on a mission to track Abu Sayyaf Group members and bomb makers in the region, the Philippine News Agency (PNA) reported.

On Monday, the Sulu Provincial Police Office apprehended the four men onboard a sports utility vehicle – presumably in civilian clothing – and told them to proceed to the police station for verification.

However, the four men, who were later identified as members of an intelligence unit of the Armed Forces of the Philippines, allegedly fled towards Barangay San Raymundo and were chased by the police officers, PNA quoted a police statement as saying, adding that they were killed in an encounter with the police.

The government ordered the National Bureau of Investigation to investigate the incident, which is said to have angered the army.

“The Commanding General, Philippine Army Lt. Gen. Gilbert Gapay, is enraged and demands that a full-blown investigation must be conducted on the death of four soldiers from the hands of PNP forces,” PNA quoted Army spokesperson Col. Ramon Zagala as saying in a statement.

The commander said that despite proper identification, the police fired on the soldiers.

“The soldiers were on a mission to identify the location of known terrorists in the area. Based on eyewitness accounts, no altercation transpired between the two parties nor was there any provocation on the part of army personnel to warrant such carnage,” Gapay said.