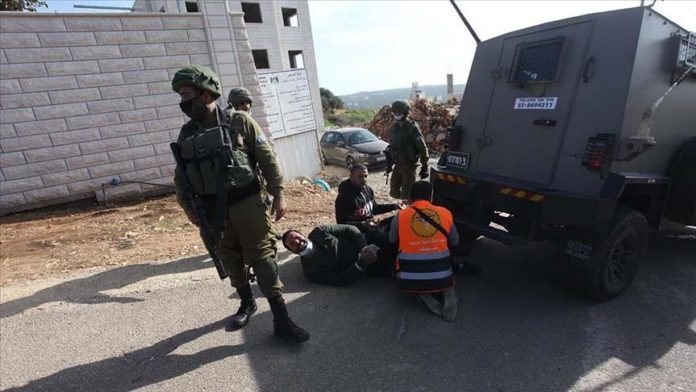 Four Palestinians were injured on Monday when Israeli forces raided the Qalandia refugee camp in the occupied West Bank, according to the Health Ministry.

A ministry statement said three people sustained serious injuries in the raid and were transferred to hospital for treatment.

The Israeli raid has triggered clashes with angry Palestinian youth at the camp during which Israeli forces used live ammunition to disperse them.

The cause of the raid remains unclear and the Israeli military has yet to issue a statement.