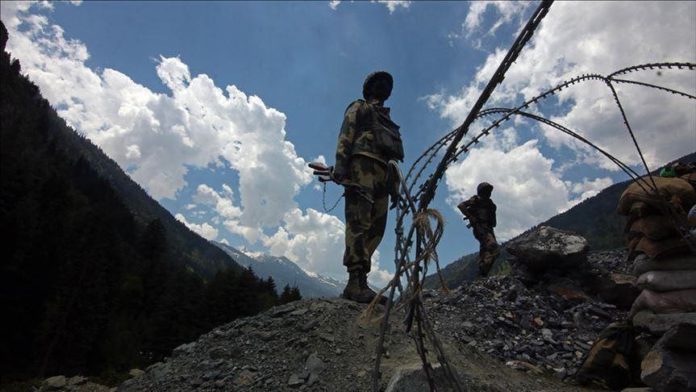 Four local militants of the Lashkar-e-Taiba militant group operating in the Indian-administered Kashmir were killed on Monday in a gunfight with Indian security forces, the regional police claimed.

The police also said one Indian army personnel has been injured in the operation and taken to a hospital for treatment.

Earlier, the gunfight broke out around midnight in the Manihal area of South Kashmir’s Shopian district after Indian forces along with police cordoned off the area following inputs about the presence of militants there.

This has been the second military operation in the district over the past week.

Earlier on March 15, top Jaish-e-Mohammad Commander Sajad Afghani, along with another militant, was killed in one of the longest gun battles with Indian forces that lasted for three days.

In the gunfight, half a dozen houses were reduced to rubble while injuries due to pellets were also reported.

Meanwhile, the internet was suspended in the area following the operation.

In a news conference on Monday, Kumar said a total of 19 militants have been killed so far this year in nine military operations.

“Nine of them were from the Shopian district. Out of 18 new recruits this year, five were killed and three arrested,” the officer said.

He also said around 200 militants are active in the region.

Europe industrial output down over 20% in May