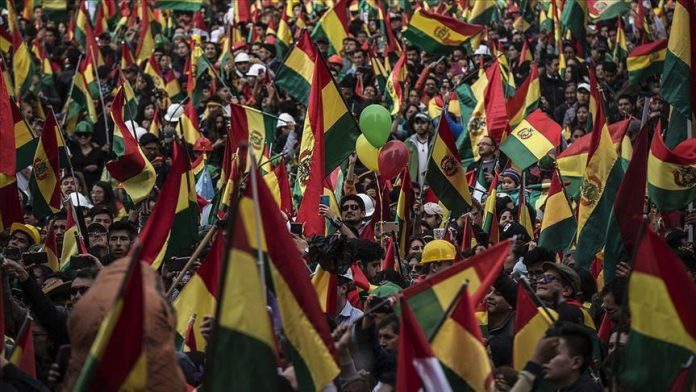 Four people were killed Saturday in post-election violence in Bolivia.

Four coca producers were killed and 115 wounded in the Sacaba district of Chapare province, according to local police.

The death toll rose to 18 and 500 people were injured amid turmoil in Bolivia which has been thrown into crisis with demonstrators protesting results of presidential elections last month in which Morales declared victory for a fourth term in office.

Demonstrators took to the streets, believing the results were rigged.