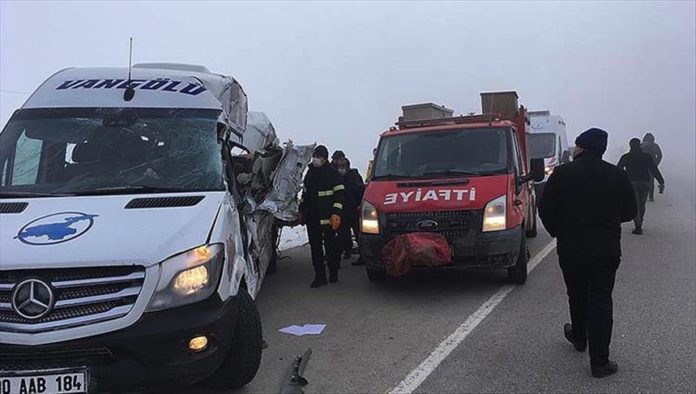 At least four people were killed and five others wounded as a passenger minibus collided with an 18-wheeler truck in southeastern Turkey on Monday.

The incident took place in the Yuksekova town of Hakkari province, where visibility dropped due to foggy weather conditions.

The minibus was traveling to the eastern Van.

The bodies of the four deceased were taken to the morgue of the same hospital.