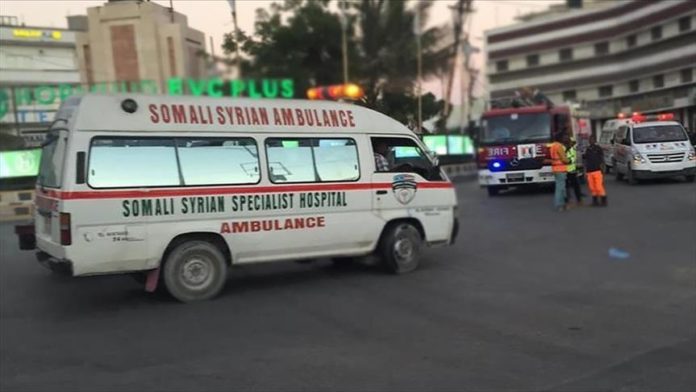 At least four people were killed and six others injured in mortar attacks on a town in southern Somalia on Wednesday.

Several mortar rockets were fired at different places in Barawe while voting for Somalia’s parliamentary elections was underway in the town, which is the capital of Somalia’s South West State.

Barawe’s sole voting center was also targeted in the shelling, a local police officer told Anadolu Agency over the phone.

He confirmed that three civilians and one security personnel had been killed.

The al-Shabaab terrorist group claimed responsibility for the attack.

The cop, who requested anonymity due to safety concerns, said the terror group carried out the “heinous act of attacking residential areas to stop the elections.”

“We will not be deterred. We will keep performing our duties and provide security so that people can exercise their constitutional right to elect their representatives,” he said.

Barawe, a former al-Shabaab stronghold, is a strategically important town in Somalia’s Lower Shabelle region, located some 210 kilometers (130 miles) from the capital Mogadishu.

Al-Shabaab, which is linked to al-Qaeda, has ramped up attacks to disrupt Somalia’s bid to complete its phase-wise parliamentary elections by Feb. 25.

This was the terror group’s second attack in Somalia on Wednesday, following a bomb blast in the northeastern port city of Bosaso that killed three people and wounded several others.