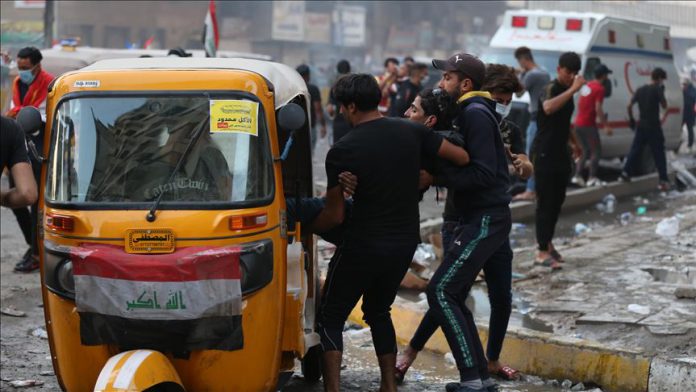 The death toll from clashes between protesters and security forces in the southern city of Nassiriya has risen to four, according to a local medical source on Monday.

“The clashes that continued until midnight have left 146 people injured,” the source, who asked not to be named for security reasons, told Anadolu Agency.

He said most injuries were caused by teargas canisters and live ammunition fired by security forces.

At least 319 protesters have been killed and thousands injured in anti-government demonstrations throughout Iraq since Oct. 1, according to the Iraqi High Commission for Human Rights.