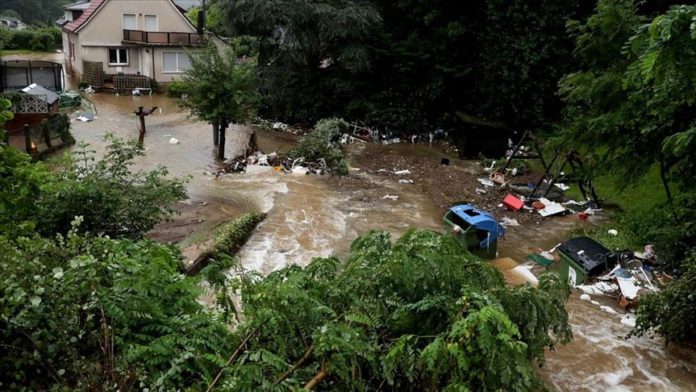 At least four people were killed and more than 30 people are still missing after six houses collapsed in the small southwestern German town of Schuld Wednesday night during severe floods and torrential rains, German television reported.

The situation in the disaster-stricken area remains unclear, according to a police spokesman. Exactly how many people are missing is still not known.

Several villages in the southwestern state of Rhineland-Palatinate are cut off from the outside world because of flooding. About 50 people are on the roofs of their houses and need to be rescued.

A large number of houses are unstable and there is a risk of collapse, police said.

Several districts in Rhineland-Palatinate were forced to declare a state of emergency as some areas were not accessible due to bad weather.

Germany’s Weather Service warned that southwestern parts of the country could expect more heavy rainstorms throughout the day, with steady rain until Friday evening.