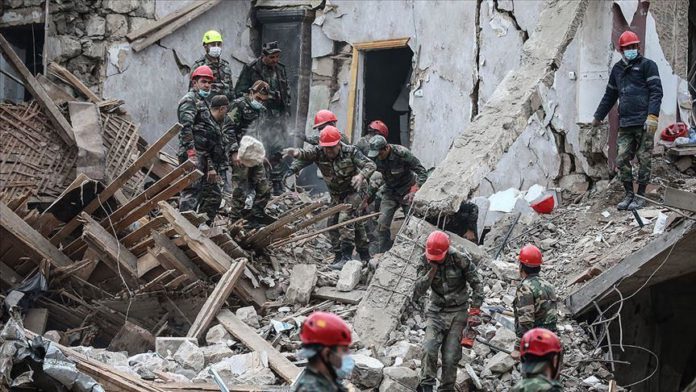 At least four civilians were killed and 10 wounded when the Armenian army targeted civilian settlements in Azerbaijan in a breach of cease-fire.

The Azerbaijani Defense Ministry said the Armenian army opened fire on the cities of Goranboy, Tartar, and Barda with cannon balls and missiles.

Four civilians, including two women and a seven-year-old girl, were killed and 10 others wounded in the missile attack in Barda, Hikmet Hajiyev, Azerbaijani presidential aide, said on Twitter.

A new US-brokered temporary humanitarian truce between Azerbaijan and Armenia was announced Sunday and came into effect as of 8 a.m. local time (0400GMT) Monday morning.

In total, about 20% of Azerbaijan’s territory has been under illegal Armenian occupation for nearly three decades. A cease-fire, however, was agreed to in 1994.

World powers including Russia, France and the US have called for a lasting cease-fire. Turkey, meanwhile, has supported Baku’s right to self-defense and demanded the withdrawal of Armenia’s occupying forces.