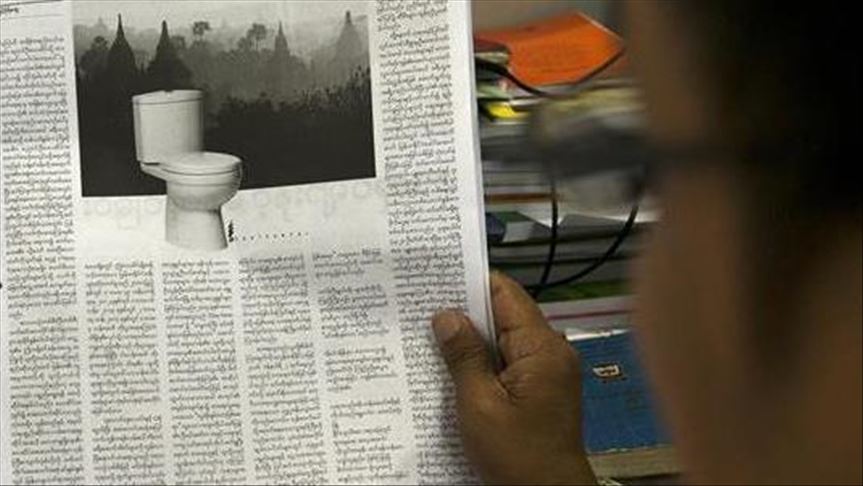 Despite major progress in technology, science and industry over the last century, millions of people around the world still lack access to toilets.

The UN declared Nov. 19 as World Toilet Day in 2001 to draw attention to the issue, followed by the UN General Assembly (UNGA) officially naming Nov. 19 World Toilet Day over a decade later in 2013.

This year’s theme underlines the significance of sustainable sanitation and climate change, the UN has said on its website.

“Sustainable sanitation begins with a toilet that effectively captures human waste in a safe, accessible, and dignified setting. The waste then gets stored in a tank, which can be emptied later by a collection service, or transported away by pipework,” it explains.

Next most important are treatment and safe disposal, it adds, as the safe reuse of human waste helps save water, while also reducing and capturing greenhouse gas emissions for energy production. It can also provide agriculture with a reliable source of water and nutrients.

For its part, the World Health Organization has called attention to the danger posed by floods, droughts and rising sea levels to sanitation systems, including toilets, septic tanks and treatment plants.

“Everyone must have sustainable sanitation that can withstand climate change and keep communities healthy and functioning,” the body has said online.

The aim of efforts must be to provide universal access to sustainable sanitation systems, as well as halve the proportion of untreated wastewater and increase recycling and safe reuse by 2030, according to Sustainable Development Goals as listed by the US.

Eliminating the practice of open defecation is going to be crucial in achieving that goal and though progress has been made over the past decade, there is still much work to do.

“The highest open defecation rates are in the Central African country of Chad where 69% of the population practiced it between 2015 and 2018 while 91% lived in a community that practiced it. Benin and Ethiopia are also among the worst countries for open defecation with exposure rates of 90%,” showed UN data.

Today, almost 10% of people worldwide still practice open defecation, while one in three schools worldwide does not have any toilets.

In fact, every day, over 750 children under the age of five die from a diarrheal disease related to poor sanitation and unsafe water.

The World Health Organization estimates that with proper sanitation, including toilet use, over 840,000 deaths from diarrheal diseases could be averted.

It was estimated that over 160 million children suffer chronic malnutrition and stunting of growth because of open defecation and contaminated water sources.

Meanwhile, many women feel unsafe finding an open area or using public toilets for fear of sexual assault by men.

Finding a safe place to defecate is also time-consuming for women and girls, who spend an estimated 97 billion hours each year trying to find a place to relieve themselves, also showed the data.

According to Amnesty International, millions of women and girls must venture at least 300 meters (984 feet) from their homes to find a suitable place to satisfy their toilet needs.