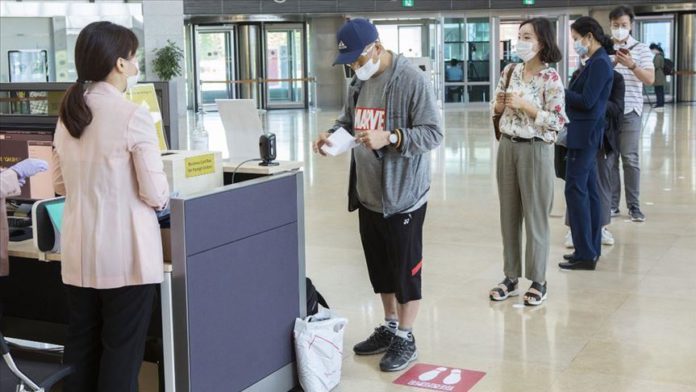 Test, trace, and treat formula is key to South Korea’s success in the fight against coronavirus, according to the country’s deputy foreign minister.

“In the center of our approach, we followed the 3T [test, trace, treat] to confirm the positive cases. To curb the spread of the outbreak, we meticulously tracked the contacts of people with COVID-19 and tried to treat them at the earliest stage,” Kim Gunn told Anadolu Agency.

He said they adopted the principles of transparency and civilian participation in the fight.

Kim said that their priority was to detect the cases early with large-scale diagnostic scanning and meticulous epidemiological studies, and they set up scanning stations across the country conducting around 20,000 free-of-charge tests daily.

Noting that with the contact tracing methods that were established after the MERS outbreak in 2015, they actively followed COVID-19 cases and shared the measures and information regarding the outbreak rapidly with the public. In this way, those who contacted positive cases could take the test on their own initiatives.

Kim said the country increased its bed capacity for the treatment of the COVID-19 patients and used some hospitals only for these patients.

Stating that they grouped patients in four categories depending on their health condition, he said: “We allocated medical resources efficiently and prioritized the treatment of patients with heavy symptoms.

“We also established public treatment centers to quarantine those who have mild symptoms and require less medical care.”

Highlighting the public’s role in the fight, Kim said: “The public has accommodated the pace with the government’s efforts by adhering to principles such as wearing a mask, following measures, maintaining social distance, and personal hygiene.”

Kim said they were among the countries where the outbreak was first seen and added: “The experience and knowledge can be informative for other countries.”

In this context, Kim said, Seoul is in active contact with many countries.

“We are organizing knowledge-sharing events such as web seminars and videoconferences with foreign partners,” he said, adding they were also meeting the requests of humanitarian assistance.

They are also trying to establish contact between the producers of Korean test kits and medical equipment and the ones who want to purchase them, according to Kim.

“We are also in touch with many international institutions and organizations about COVID-19,” he said.

Kim also noted that they did not ban arrivals to the country, instead they controlled and traced those coming from abroad. A 14-day quarantine has been made compulsory for every passenger as of April 1, he said.

Kim said that at the beginning of the outbreak there was a shortage of masks due to domestic demand. Then the government let people get weekly two masks per person and the number was increased to three as the domestic production rose.

“An export ban is imposed on masks but we are making exceptions for humanitarian aid,” he said.

Noting that the number of cases decreased to two digits as of March 15, he said, the number of daily recoveries are also more than new cases.

“Now, 90% of all confirmed cases have fully recovered.”

However, Kim said, the cases recently increased due to infections caught at night clubs in capital Seoul.

“Experts warn that this fall or winter, there is a high chance of the second wave in South Korea,” Kim stressed, adding that the country is working toward it.

He said the outbreak taught the fact that “no one is safe until everyone is safe”, and urged for more solidarity and coordination among humanity after the outbreak.

“I hope with the lessons learned, we will come out of this crisis with a greater impulse to re-address areas such as health and climate change,” he said.