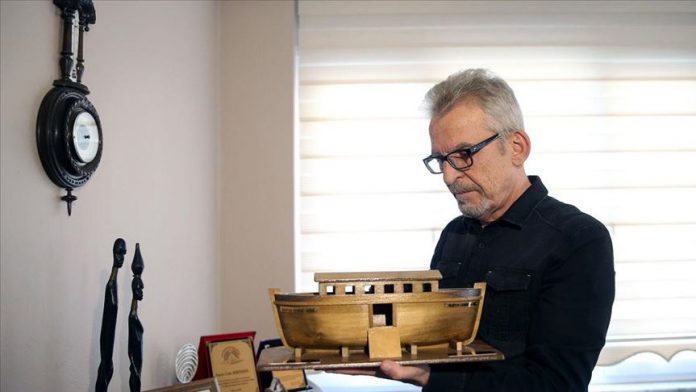 The ship-shaped formation discovered half a century ago in eastern Turkey has opened new horizons about Noah’s Ark with its three-dimensional images.

Discovered in 1959 in the Dogubayazit district of Agri province by Captain Ilhan Durupinar, an expert cartographer, Noah’s Ark, also mentioned in the holy books, is a legend for some and a fact waiting to be proved for others.

Read more: 3D images of Noah's Ark to be shown in documentary