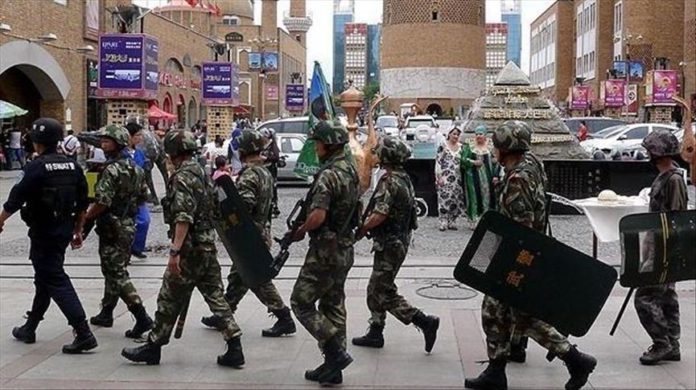 Thirty-nine UN member nations demanded Tuesday that China grant “immediate” access to independent rights observers in the western Xinjiang region because of its treatment of ethnic Muslims in the autonomous region.

“We call on China to allow immediate, meaningful and unfettered access to Xinjiang for independent observers including the UN High Commissioner for Human Rights and her Office, and relevant special procedure mandate holders,” said Heusgen, referring to Michelle Bachelet.

The region is home to 10 million Uighurs. The Turkic Muslim group, which makes up around 45% of Xinjiang’s population, has long accused Chinese authorities of cultural, religious and economic discrimination.

Heusgen cited an “increasing number of reports” of gross human rights violations and severe restrictions on freedom of religion and belief in the region.

“Widespread surveillance disproportionately continues to target Uyghurs and other minorities and more reports are emerging of forced labour and forced birth control including sterilization,” said the German envoy, using another spelling for the ethnic group.

On Hong Kong, the UN members, which include the US, UK, Switzerland, Canada, Japan, Norway and others, urged relevant authorities to guarantee the rights protected under the International Covenant on Civil and Political Rights and the Sino-British Joint Declaration, including freedoms of speech, the press and assembly.

“We also call on China to uphold autonomy, rights and freedoms in Hong Kong, and to respect the independence of the Hong Kong judiciary,” he added.