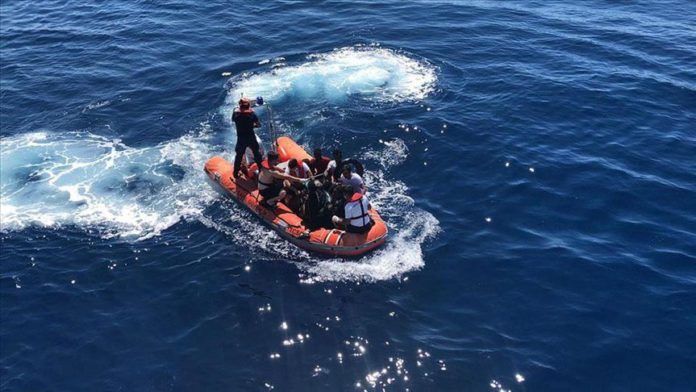 Provincial security teams in Germencik district in Aydin province detained the asylum seekers, who were attempting to set out for Greece from Istanbul and were brought to Germencik by migrant smugglers

The asylum seekers included 37 Afghan and two Nigerian nationals, said a source on condition of anonymity.

After health checks at Germencik Devlet Hospital, they were transferred to the provincial immigration authority.

Turkey earlier this year opened its gates for irregular migrants wanting to cross to Europe, accusing the European Union of failing to keep its promises under a 2016 migrant deal.

Greece has been accused of mistreating and pushing back asylum seekers from its borders in violation of international law.