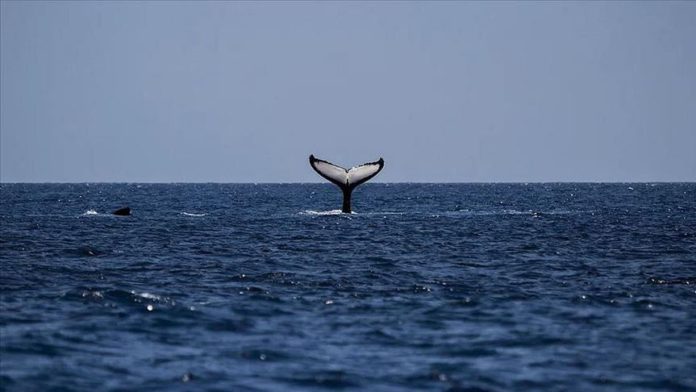 Australian authorities on Wednesday said some 380 pilot whales stranded in southern island state of Tasmania have died while 50 others are saved by rescuers, local media reported.

Rescuers have managed to save 50 whales from a large group beached on Tasmania’s west coast, but 380 animals have died and 30 more are still stranded and clinging to life, ABC News reported.

Earlier, a statement by the Department of Primary Industries, Parks, Water and Environment said aerial surveying has detected an additional group of about 200 whales stranded further south in the Macquarie Harbor on Tasmania’s west coast.

This is one of the biggest mass beaching incidents in Australia’s southern island state of Tasmania.

“The additional whales were found seven to ten kilometres [6.2 miles] deeper into the harbour and are believed to be part of the same mass stranding event at [the town of] Strahan [in Tasmania’s west coast]. This brings the total number of whales for the mass stranding to more than 450,” said the statement.

On Tuesday, the local authorities said one third of 270 pilot whales stranded on a sandbank at Macquarie Heads, near the town of Strahan, about 190 kilometers (118 miles) from Hobart died on Monday.

“From the air, most of the additional whales detected appear to be dead, but a boat has headed over there this morning to do an assessment from the water,” said Nic Deka, the regional manager of the Incident Controller and Parks and Wildlife Service.

“We believe the group has been detected now for a range of reasons – one is that they are seven to 10 kilometres away so it’s a good distance from where we have been working and not necessarily a place that is obvious for a stranding,” he added.

“We certainly searched up and down the coast. In that part of the harbor the water is a very dark tannin color so we think potentially they stranded, washed back into the water and then have been washed back into the bay, so that made it more difficult for them to be detected earlier in the piece,” he explained.

According to officials, the mortality rate in stranded whales has risen.

“This stranding event has been the biggest in Tasmania. Globally, there has been some much bigger events than this, twice the size and over for example in New Zealand. In Tasmania, this is the biggest we have recorded,” said Kris Carlyon, a wildlife biologist at the Marine and Conservation Program.